The following is an excerpt from my book, Still Life: Thoughts of a Man Hurriedly Going Nowhere.

It just may be that my instant sea-sickness when on anything that floats is in fact a façade. Perhaps I am in fact destined for a life at sea. It’s in my blood – after all, Dad was a sailor.

Please understand, sailor is a term I use in the same sense the navy used when describing him – ‘Able Seaman Stubbs, you are now a sailor’, they said (they actually said ‘Able Seaman Flubbs’ to his everlasting chagrin).

He was not a sailor in the sense of having any idea of anything to do with large bodies of water. The pity of it is, Dad didn’t see it that way. He pointed proudly to the Japanese surrender in World War II shortly after he was shipped out as being due to their fear of his abilities. After some research, I believe it was more the Japanese wished to avoid further unnecessary casualties as their seamen fell overboard while laughing. 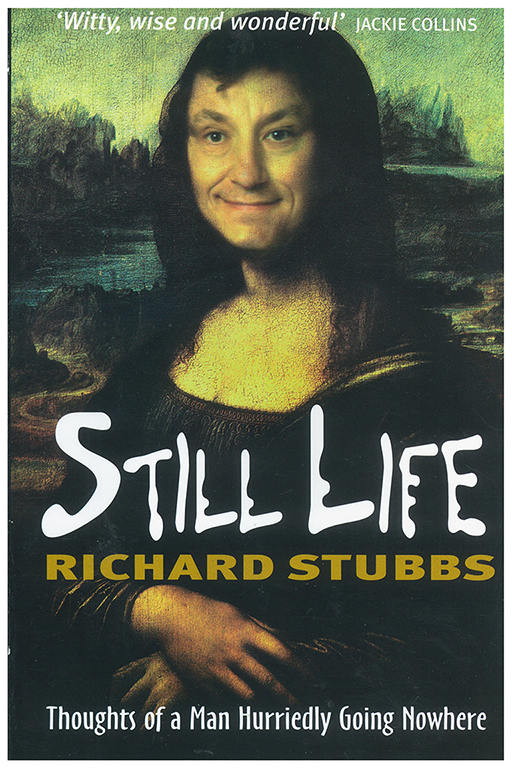 Nevertheless, the hint of glory has meant our family always has a boat of some description – somewhere. What boats they’ve been! Who could forget the wooden-hulled dinghy – the ‘Joe Pesty’ (I think we inherited the name), worked on lovingly by my brother Bill, painted white and green, powered by a throbbing one-and-a-half horsepower Seagull engine.

Once, while towing this ‘boat’ to a launching site, Bill remarked that a boat like ours was passing us. This we had to see. Looking to the right we saw that it was zooming past us on the trailer, and it was, of course, ours. Going faster than it ever managed in water, it swept across the road and straight into a tree.

The police felt it was a first and I believe the insurance company framed our statement of claim.

The ‘Joe Pesty’ didn’t have an easy life. Peter, teaching himself to drive one winter, reversed into it, crunching the wooden boat with the exhaust pipe of the car.

Figuring no one would notice, he decided not to mention it. Come summer, we remove the tarp and find a neat hole the size of a cricket ball has been punched out below the waterline. ‘No worries,’ said Dad, dancing with rage, ‘slight delay to the fishing season.’

Dad would always go out, no matter what the weather. I guess this was because it took so much organisation to get us and the boat, petrol and bait together at the one time that he didn’t have the strength not to go through with it. He often remarked that the D-Day landings were easier to arrange, and I used to think he was kidding me.

Now with kids of my own, it takes us half an hour just to leave a room and if I get a leave-pass, I use it regardless. So, I see what he meant.

The last time I saw the ‘Joe Pesty’ was a freezing morning when we’d all jacked up and refused to go out into the boiling surf to catch Toadies. Dad went alone – he was that kind of guy – tragically the engine wouldn’t start. I have a very clear image of him standing at the bunt end yanking away at the tiny engine as huge waves carried the noble craft around the point and onto rocks. He disappeared around the point still yanking. There was an almighty crash and splintering and the sound of the engine roaring to life.